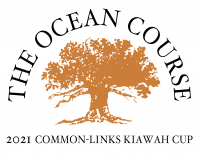 The Ocean Course: Home of the 2021 PGA Championship

A must-play course amongst avid golfers alike, The Ocean Course at Kiawah is most recently famous as the location where Phil Mickelson won the 2021 PGA Championship, becoming the oldest men's major winner in golf history. Phil's win was a truly entertaining, well-deserved, and euphoric day in golf history at America's 4th ranked best public golf course. Although the fans seemed to provide the most excitement and entertainment as they swarmed Phil on 18, the course location, layout, and its enticing difficulty were not overlooked. That Sunday evening, as Phil and the golf world, celebrated his win, and others signed off to prepare for the next weekend's PGA Tour stop, we began planning the 2021 Common-Links Kiawah Cup at the iconic Ocean Course, and we are so excited to make it a reality! Located on the eastern-most end of the island, The Ocean Course boasts the most seaside holes in the Northern Hemisphere with ten hugging the Atlantic and the other eight running parallel to those. Although it was originally planned to sit behind the dunes, designer Pete Dye’s wife, Alice, suggested raising the entire course to give players unobstructed views of Kiawah’s stunning coastline from every hole. One catch? This improved view made the course substantially more demanding as it also exposed play to the Atlantic’s brisk and unpredictable breezes. In fact, it’s unlikely any other golf course in the world—outside the United Kingdom and Ireland—is affected as much by wind. From one round to the next, a player can experience up to an 8-club difference on holes depending upon the wind’s direction and strength. Interesting fact: Because there are no prevailing winds on The Ocean Course, Dye designed two courses in one—one for an easterly and the other for a westerly wind.

Thank you to everyone for taking the time to travel to South Carolina for the first Common-Links golf event post-Covid19 restrictions. Your camaraderie, laughter, and in-person presence has been missed. We will be conducting play in a Ryder Cup style format. Please find the team assignments below based on submitted indexes.

The biggest names in golf have made their mark on our championship courses—both as designers and pro players putting their skills to the ultimate test during the Ryder Cup, PGA Championship and other top-level tournaments, and now we will leave our mark during the 2021 Common-Links Kiawah Cup! 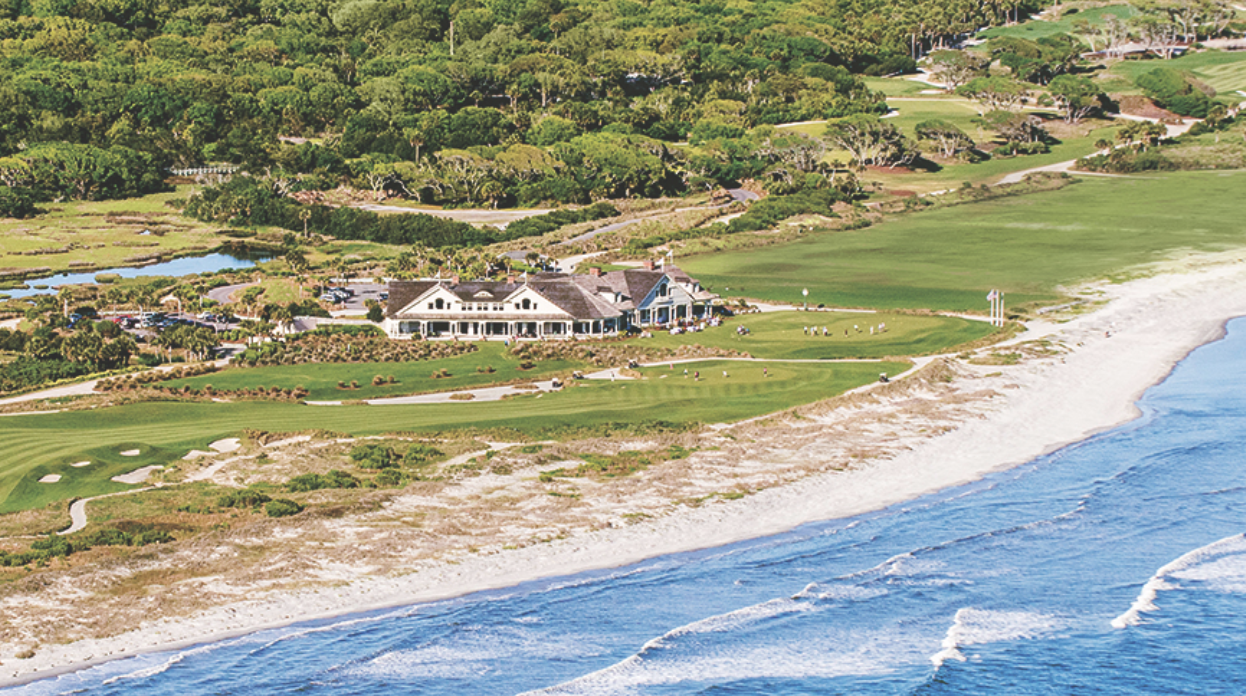 Designed by Alice and Pete Dye to host the 1991 Ryder Cup, The Ocean Course at Kiawah Island Golf Resort winds naturally through windswept dunes along the coast of the South Carolina Lowcountry. The Dyes adapted characteristics of famed links-style tracks of Scotland and Ireland to the subtropical climate of the Lowcountry, resulting in a course that boasts the most seaside holes in North America.

The Ocean Course is only the fourth course to have hosted each of the PGA of America’s major championships, including the dramatic 1991 Ryder Cup, 2012 PGA Championship, and 2021 PGA Championship. 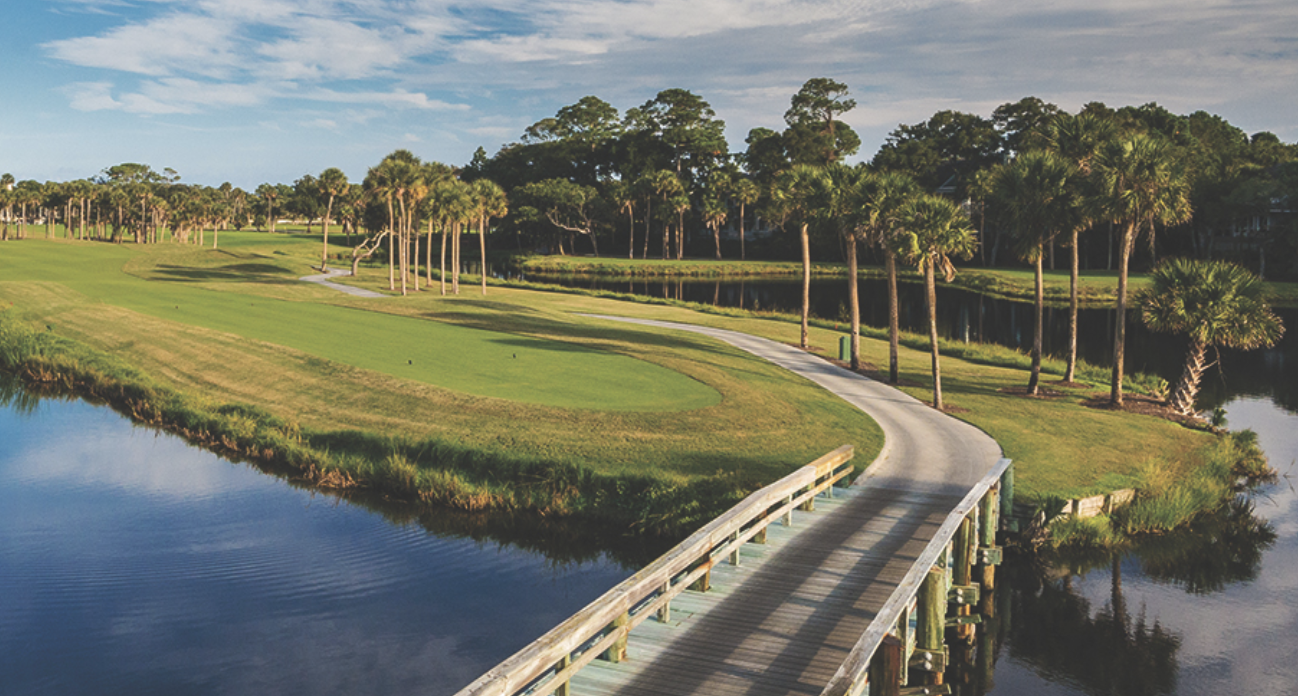 What began as a members-only golf course on the island noted for its playability has evolved into a championship-level course with a world-class layout that was completely renovated in 2014 under the direction of course architect Tom Fazio. Today’s Osprey Point still delivers on its playability and natural beauty and gets rave reviews for its pristine conditions and elegant clubhouse.

Each hole on Osprey Point is unique and memorable—with four challenging par-3s, four extremely distinctive par-5s and ten outstanding par-4s ranging in length from 340 to 461 yards. 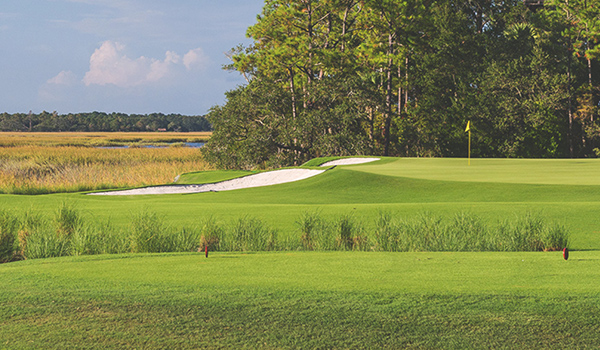 Following an extensive 10-month renovation in tandem with Gary Player Design, Cougar Point reopened on October 1, 2017 to rave reviews—winning over Kiawah Island golfers with its dramatic marsh vistas and superior playability. Whether you’ve played the old Cougar Point or have never stepped foot on its greens, this renovated course is a must-play at the resort.

Cougar Point’s short and long par-4s, great risk/reward 5s and extremely scenic and challenging par-3s demand that you approach your round with a smart strategy.

THE COTTAGES AT THE ISLAND COURSE Debuting at Kiawah Island Golf Resort in June 2021. 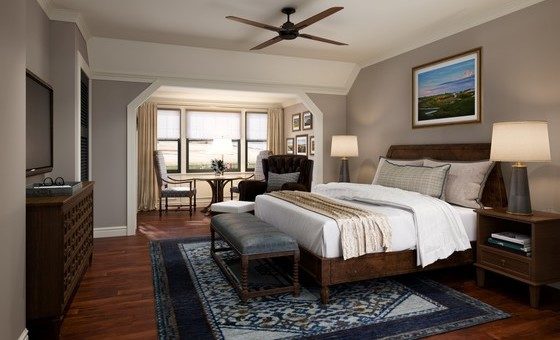 An extension of the world-renowned Ocean Course, home of the 1991 Ryder Cup, 2012 and 2021 PGA Championships, The Cottages at The Ocean Course provide an unparalleled immersion. Sweeping views of The Atlantic Ocean, The Ocean Course, Clubhouse, and immediate access to championship golf complement the beautiful collection of four exclusive cottages that reside on the sea and course.

With a dedicated concierge to personalize your stay, The Cottages offer a one-of-a-kind golf trip. Guests enjoying The Ocean Course Cottage Experience will receive the following inclusive benefits:

Additional stay enhancements may be arranged to include private catered dining by Resort chefs, Resort activities, pre-sold and pre-stocked beverages with guest selected preferences to create a distinctive retreat. 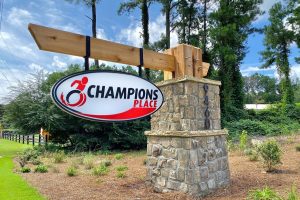 Champions Community Foundation is a business-minded entity leveraging its unique knowledge base and passions to serve young adults with physical disabilities, such as cerebral palsy, spina bifida, muscular dystrophy, and physical injury.

“WE EXIST TO SIGNIFICANTLY IMPROVE THE LIVES OF YOUNG ADULTS WITH PHYSICAL DISABILITIES, ENABLING THEM TO REACH THEIR FULL POTENTIAL AS SELF-RELIANT, PRODUCTIVE, AND FULFILLED CITIZENS IN THEIR LOCAL COMMUNITY.”

Please note that all times are Eastern Time (ET).